After creating Woodwind (2018), writer-director Fin Manjoo was awarded by the KwaZulu-Natal Film Commission to develop his second narrative feature film, No Matter.

Manjoo is still secretive about the story but he provides an update on the progress of the script development of the Zululand film, while photographer Kristina Stojiljkovic gives us a behind the scenes view of these early stages.

“The first version of the story of No Matter was written over a year ago, but of course, when a movie is funded one has to respect a commission’s official process to redevelop everything deeper, step by step,” said Manjoo.

Since then Manjoo has written the screenplay and No Matter is expected to progress through six to nine months of further development. Fin Pictures will then look for even more local and international co-producers to boost the potential, which is to higher the ceiling before moving into principal photography.

“We have finished with the research, thanks to some phenomenal work from Zola Mkhize interviewing miners according to the No Matter preparation documents, underlining the conditions on location in Zululand and checking the realism of every point in the story,” said Manjoo.

No Matter intends to reach as many people as other important serious African films such as Hotel Rwanda (2004) or the American films Moonlight (2016) and 12 Years a Slave (2013). For No Matter the objective is to create an authentic Zulu movie but also satisfy certain international expectations.

Initially, No Matter was overseen by script advisor Matthew Kalil before working with script-editor Genevieve Akal. 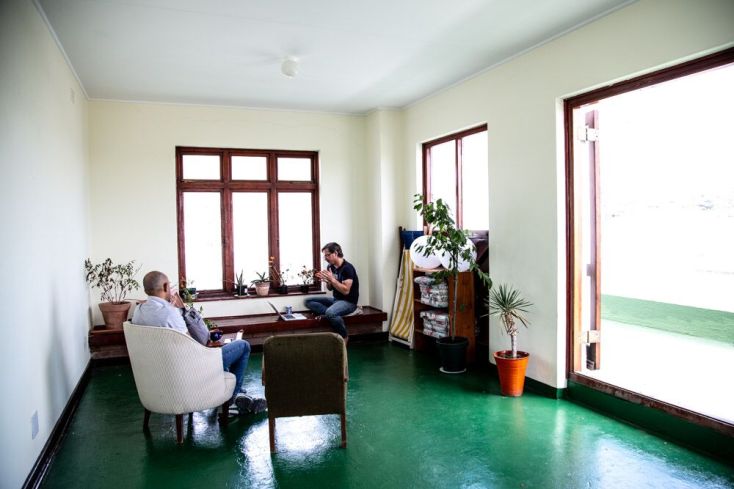 “I enjoyed working with Matthew during the initial stages with the synopsis, treatment and plot points.”

Manjoo made a number of short films in his early 20s before working on his first fiction feature Woodwind in the last few years.

What we do know about his next film No Matter is that it follows a Zulu gardener’s triumphant struggle through insurmountable physical challenges and desperate living conditions in rural South Africa.

The photographs of Fin Manjoo and Matthew Kalil were taken by Love & Rockets Photography.